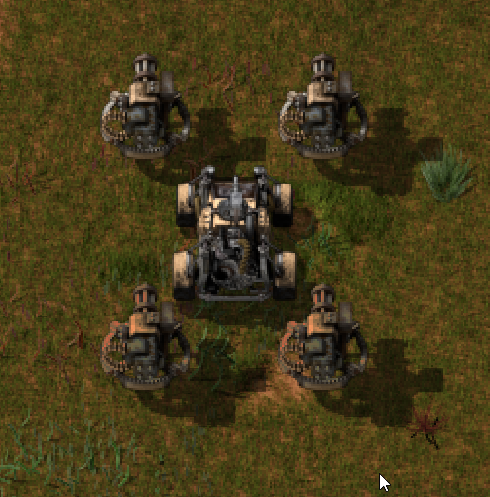 This is my first mod. I made this mod because the game Factorio has a serious issue when it comes to attacking. Attacking is a minor part of the game, so it has a low priority for the devs. They have acknowledged the problem about the turret creep tactic that players use, but they could not find a solution that felt fair and wouldn't come with other downsides, so they left it in as the path of least resistance, when it comes to attacking. (https://www.factorio.com/blog/post/fff-169). My mod gives an alternative way of attacking, that is similar in strength and safety, but it's a lot more fun and fitting. This new way of attacking will make players play the game in a more fun way, because they no longer feel that they are handicapping themselves by not using the slow and boring turret creep tactic.